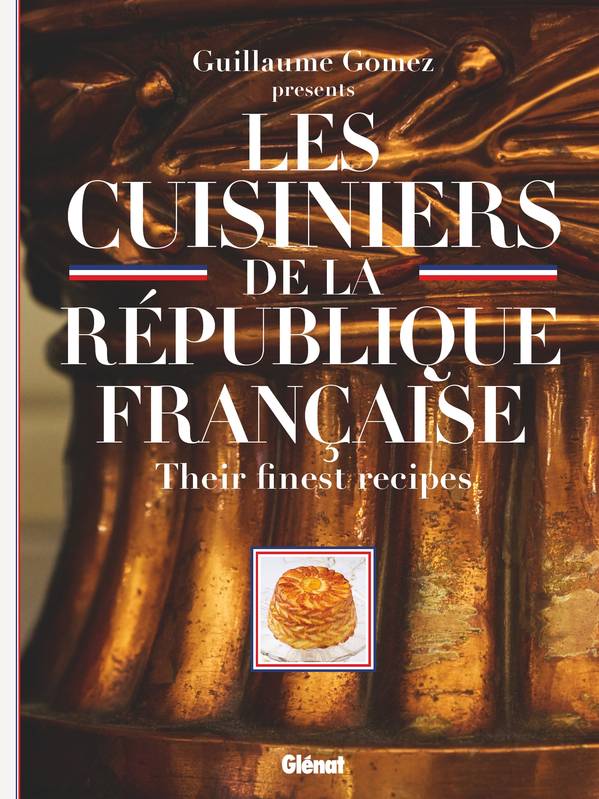 The Élysée Palace, the Prime Minister’s Residence, the Quai d’Orsay, the Ministries for Finance, Agriculture and Overseas France, the French Embassies in Rome, Cairo and Ottawa, the French Consulate in New York, the Prefectures for Yvelines, Brittany and Alsace: the dishes created by these institutions’ chefs reflect the great diversity of French gastronomy.
This book is a collection of recipes, selected by Guillaume Gomez, Chef de Cuisine at the Élysée Palace and president of the association Les Cuisiniers de la République Française.
Joining him in this presentation are some of the privileged guests at state dinners: Roselyne Bachelot, editorialist, author, and former minister for several French governments; Philippe Faure, Ambassador of France and co-director of the Paris Food Forum; Jean-Robert Pitte, geographer and president of the French Mission for Heritage and Food Cultures.
France’s culinary—and cultural—reputation is championed in the Republic’s kitchens: a daily challenge which is saluted by Brigitte Macron, together with Carla Bruni-Sarkozy and Valérie Trierweiler.
S'identifier pour envoyer des commentaires.