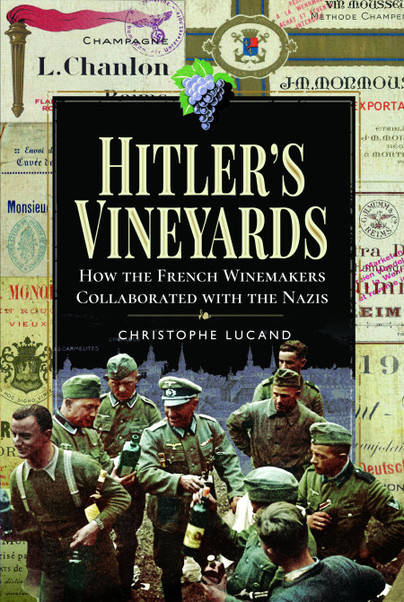 How the French Winemakers Collaborated with the Nazis

During the Second World War, French wine was hardly a trivial product. Indeed, following the Fall of France, it proved to be one of the most valuable French commodities in the eyes of the Nazi leaders. In 1940, 'Weinführer' (official delegates and wine experts appointed by Berlin), were sent to all the wine regions of France to coordinate the most intense looting that the country had ever seen.

Alongside the very ambiguous relationship of the Vichy Regime and the collaboration of many French professionals with the occupiers, this immense programme of wine collection was a drama that many would prefer to forget. Now, more than seventy years after the end of the conflict, the time has come to tell the story of what really happened.

Following a meticulous investigation and relying exclusively on previously unpublished sources, Christophe Lucand reveals the history of the world of French wine that was subjected to the tests of war, occupation and of all the compromises this entails.
S'identifier pour envoyer des commentaires.