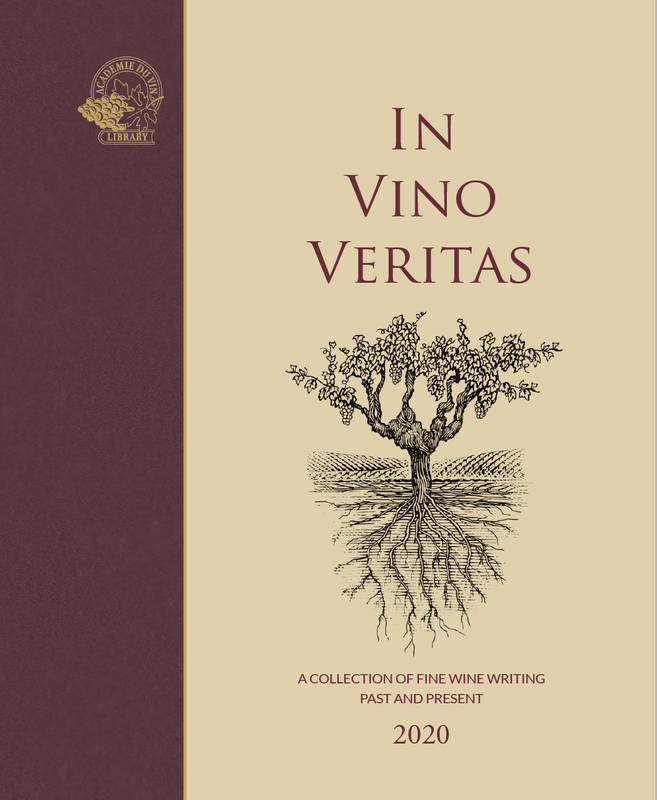 A Collection of Fine Wine Writing, Past and Present 2020

“The good bits, the juicy bits, the useful bits and the unsettled arguments that bring your favourite drink to life. You’ll find them here.”
Hugh Johnson

One of the great things about wine is its variety, from the elegant and refined to the fresh and vibrant; from the polished and carefully considered to the raw and urgent. The same might well be said of wine writing, which like its subject matter has touched on almost every aspect of human experience, giving rise to knowing looks, fond memories and the occasional smile along the way.

In Vino Veritas aims to reflect that writing in all of its wonderful, eccentric diversity, from the unquestioning self-belief of Victorian gentlemen for whom Britannia ruled the cellars as well as the waves, to the passion of today’s winemakers whose constant striving to master the vagaries of Nature remind us of the magic contained in even the humblest bottle.

Like vintage port (on which it has much to say), In Vino Veritas is not intended to be consumed in one go, but to be sipped and savoured at leisure. True, there are gems aplenty within its pages, but not necessarily of the type favoured by Messrs Google, Instagram et al.

This is a book that unashamedly harks back to a more innocent age, when great vintages took pride of place on dining tables rather than databases; when the great characters of the wine world roamed as freely (and sometimes as tortuously) as the vines themselves. In the immortal words of a now defunct Sunday newspaper: “All human life is here.”