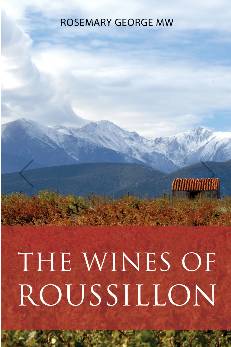 The wines of Roussillon (Anglais)

The wines of Roussillon (Anglais)

Indisponible
In The wines of Roussillon, Rosemary George MW presents a view of this oft-overlooked wine region through the eyes of its most committed producers, taking us on a journey through the hilly landscape, revealing the huge variety of soil types and microclimates the region offers and explaining how viticulture is tackled in its rugged, sloping vineyards.

The epithet ‘hidden treasure’ may be overused but it can truly be applied to the often-overlooked wine region of Roussillon. Tucked into the southernmost corner of France between the Pyrenees, the Corbières massif and the Mediterranean, it is often considered as an adjunct to the Languedoc. However, Roussillon, which has been part of France for little more than 350 years, is quite different culturally, topographically and climatically from its more famous neighbour. And its wines are different too.

Roussillon’s reputation was founded on the popularity of its Vins Doux Naturels, which were particularly celebrated in the seventeenth and eighteenth centuries but have declined in popularity since the 1980s. Partly in response to this, over the last 20 years levels of production have shifted in favour of table wines, or vins secs, as they are known locally. Roussillon’s winemakers are still fine-tuning their talent for vins secs, but many have already created exciting, original and delicious wines; red, white and pink, as well as orange.

In The wines of Roussillon, Rosemary George MW takes us on a journey through the hilly landscape, revealing the huge variety of soil types and microclimates the region offers and explaining how viticulture is tackled in its rugged, sloping vineyards. While some of the producers she meets are continuing a long family tradition, the region has also seen an influx of winemakers from outside Roussillon attracted by the relative affordability of land or the excitement of helping to develop the region’s identity. George presents a view of the region through the eyes of its most committed producers; their opinions and approaches to wine­making differ but it is they who will develop the image of Roussillon and ensure that its wines continue to delight generations to come. Complete with vintage assessments and thorough appendices, this book is an eye-opening treat for wine lovers keen to make new discoveries.
S'identifier pour envoyer des commentaires.