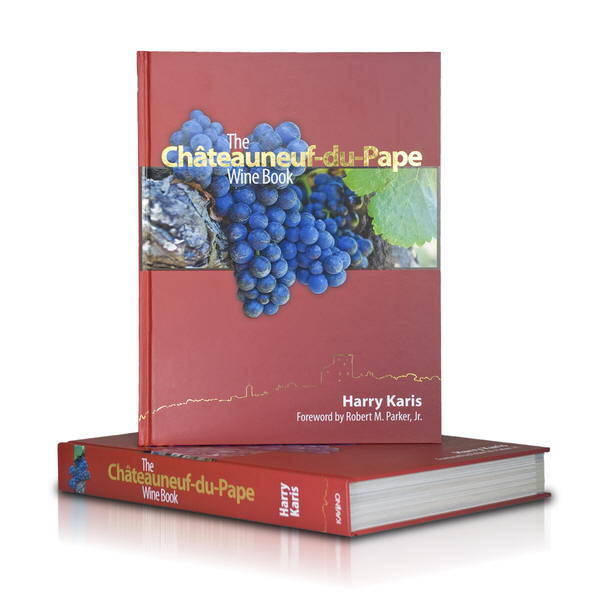 Indisponible
*500 pages exclusively devoted to Châteauneuf-du-Pape
*detailled information on over 200 winemakers
*an in-depth look at climate, soil, grapes, winemaking, etc.
*many tables, charts, maps and detailed lists
*history, anecdotes, and quotes from winemakers
Biography
Born in 1956 (unfortunately a poor vintage in Europe), Harry Karis's first encounter with wine occurred when he played guitar in a rock and roll band in the mid 70s, enjoying 'more or less' good wine at a young age. In the early 80s, he opened a restaurant with his wife Josi and became increasingly fascinated by the world of fine wine. This was the beginning of a long and infinitely pleasurable journey. A late-bloomer, Harry finished medical school at the age of 40.
Thanks to a certain degree of prosperity, he began drinking more exclusive and rare wines, expanding his minded and appreciating wines from all over the world, Bordeaux was his first love. Mainly self-educated, with an inquisitive nature and a drive to learn, Harry studied almost every possible wine-related subject.At the end of the 1990s, Harry became more focused on quality Southern Rhone wines, especially Chateauneuf-du-Pape. He greatly appreciated these wines with different personalities and styles, but all sharing a lush, exciting and very exuberant quality. This led to a completely different, more hedonistic approach to wine drinking rather than a merely analytical one. Harry's instinctive eagerness motivated him to delve deeper into all aspects of Chateauneuf-du-Pape. He soon realized that all available documentation was fragmented, incomplete, behind the times, and lacking in insight.He therefore decided to undertake a major challenge and write his own book about Chateauneuf-du-Pape.
ED : Kavino Book Publishing (11/2009), 498 pages, 24x31 cm, hardcover
S'identifier pour envoyer des commentaires.