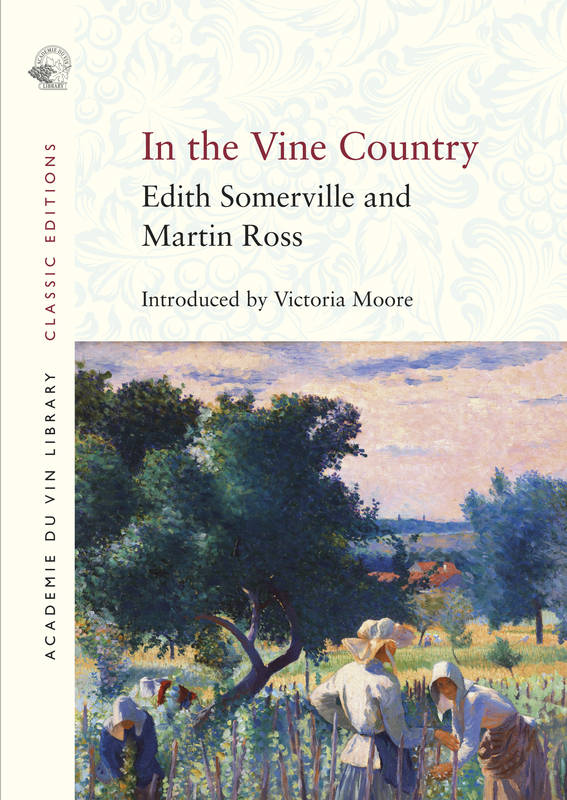 In the Vine Country (Anglais)

In the Vine Country (Anglais)

Indisponible
A comparison with [Redmond] O’Hanlon isn’t that far-fetched: there are the same helpful mishaps, use of the travelling companion as butt, and lightly worn knowledge …also an essential traveller’s brio, a delight in the encounter with landscape and locals.’
Julian Barnes

JOURNEYING THROUGH THE MEDOC in the autumn of 1891, Anglo-Irish cousins and travelling companions, Edith Somerville and Martin Ross (aka Violet Florence Martin) bring their distinctive mélange of wry wit, acute observation and unabashed horror at the barefoot treading of Cabernet Sauvignon to this delightful account of vendangeurs lofty and low-born as they bring in the harvest in time-honoured fashion. Illustrated using Somerville’s equally delightful sketches, this is a story of two feisty ladies for whom anything remotely pretentious is fair game.

Better known for their tales of an Irish R. M. (resident magistrate), which were adapted into a successful TV series starring Peter Bowles, Somerville and Ross outraged their respective families – who referred to them ‘the Shockers’ – by combining travel writing with the fight for Women’s Suffrage. The contrast between the emancipated pair and the largely unreconstructed characters they encounter on their travels only serves to heighten the charm of an already indelibly charming book.

The Classic Editions breathe new life into some of the finest wine-related titles written in the English language over the last 150 years. Although these books are very much products of their time – a time when the world of fine wine was confined mostly to the frontiers of France and the Iberian Peninsula and a First Growth Bordeaux or Grand Cru Burgundy wouldn’t be beyond the average purse – together they recapture a world of convivial, enthusiastic amateurs and larger-than-life characters whose love of fine vintages mirrored that of life itself. Many of the titles are still much in demand, as a glance on Amazon will show. The Académie du Vin Library is proud to be republishing them, along with insightful introductions by our favourite wine writers of the present day.
S'identifier pour envoyer des commentaires.