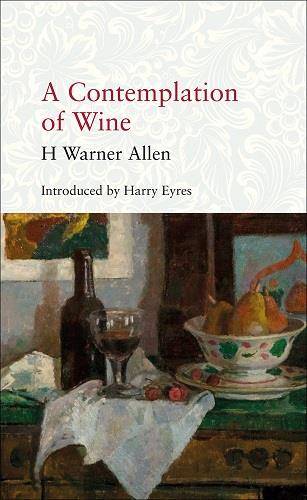 A Contemplation of Wine (Anglais)

A Contemplation of Wine (Anglais)

In this unique study of wine through the ages, journalist and World War I frontline reporter, Hubert Warner Allen (1881-1968) casts an observant eye over the way wine appears in literature, from the words of the Roman connoisseurs to the excesses of Chaucer's Canterbury Tales heroes, taking in the debatable wisdom of the 18th-century epicurean Jean Anthelme Brillat-Savarin and the sagacity of the legendary Edwardian wine-writer, George Saintsbury - and many more. Warner Allen's observations are both fascinating and highly entertaining. As Harry Eyres, who introduces this book, says: "Literary, historical, discursive, personal: this is very much the opposite of modern wine writing, and presents another era seen through a glass darkly."


The Classic Editions breathe new life into some of the finest wine-related titles written in the English language over the last 150 years. Although these books are very much products of their time - a time when the world of fine wine was confined mostly to the frontiers of France and the Iberian Peninsula and a First Growth Bordeaux or Grand Cru Burgundy wouldn't be beyond the average purse - together they recapture a world of convivial, enthusiastic amateurs and larger-than-life characters whose love of fine vintages mirrored that of life itself.
S'identifier pour envoyer des commentaires.