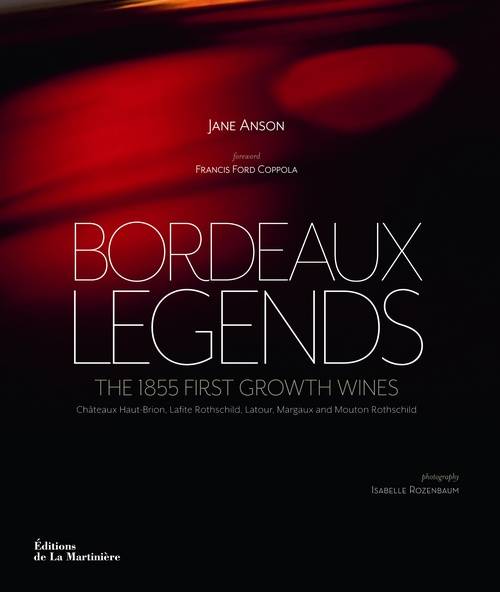 Indisponible
For the first time, this book bangs together their separate stores into one sweeping saga - from the early days as Seigneuries owned by some of France's most powerful familles, to the dramas of the French Revolution, the 1855 Paris Exhibition where four of them were crowned as First Growths, and the determined efforts which saw Mouton Rothschild join them more than a century later. The book follows their progress up to where they stand today, as the world's most iconic wines.

Bordeaux Legends tells not only their stories, but offers an insight into the obsessional detail that goes in to making the world's greatest wines, and explains the story of the Bordeaux wine trade through these five estates that have been at its heart for over 500 years. Alongside methodical primary research are revealing anecdotes and lively historical detail, enriched by Isabelle Rozenbaum's lavish photographs, and first-hand accounts from the châteaux owners, directors and staff, as well as those who work with them in Bordeaux, London, Hong Kong, the United States and further afield.
S'identifier pour envoyer des commentaires.