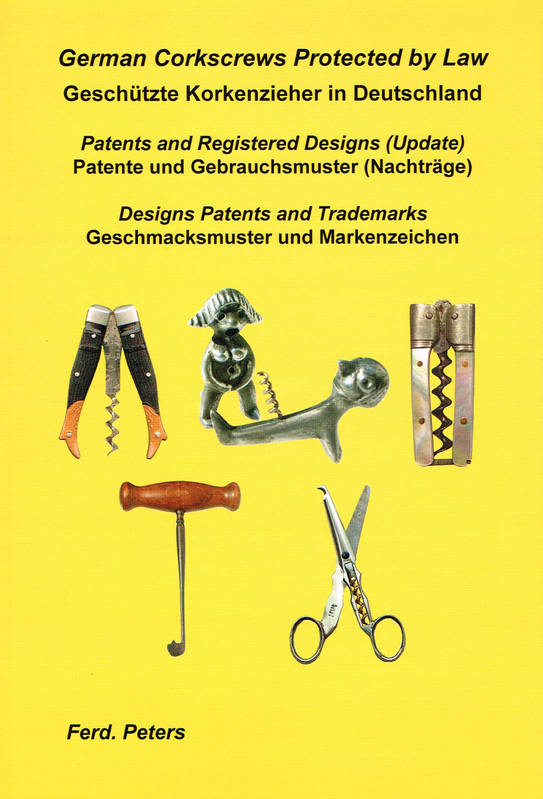 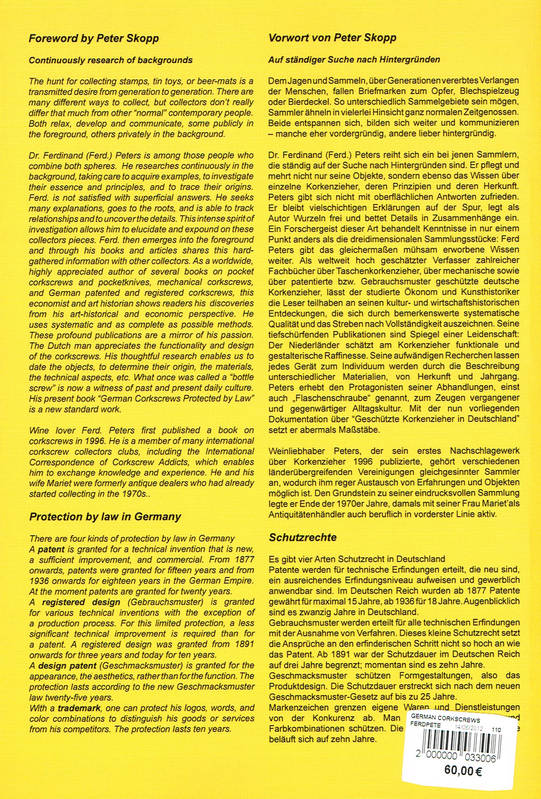 Foreword by Peter Skopp
Continuously research of backgrounds
The hunt for collecting stamps, fin toys, or beer-mats is a transmitteddesire from generation to generation. There are many different ways to collect, but collectors don't really differ that much from other "nonnaI contemporaiy people. Both relax, develop and communicate, some pubficly in the foreground, others pilvately in the background.
Dr. Ferdinand (Ferd.) Peters is among those people who combine both spheres. He researches continuously in the backgmund, takingcare to acquire examples, to investigate their essence and pnnciples, and to trace their origins. Ferd is not satisfied with superflcia! answers. He seeks many explanations, goes to the mots, and is able to track relationships and to uncoverthe details. This intense spirit of investigation allows him to elucidate and expound on these collector,s pieces. Ferd. then emerges into the foregmund and thmugh his books and articies shares this hardgathered infonnation with othercollectors. As a woildwide, highly appreciated author of several books on pocket corkscrews and pocketknives, mechanical COrkSCreWS, and German patented and registered corkscrews, this economist and art histoilan shows readers his discoveries from his art-historical and economic perapective. He uses systematic and as complefe as possible methods. These pmfound publications are a mirmr of his passion. The Dutch man appreciates the functionality and design of the corkscrews. His thoughtful research enables us to date the objects, to detennine their origin, the matetials, the technical aspects, etc. What once was called a bottIe screw" is now a witness of past and present daily culture. His present book Gennan Corkscrews Protected by Law" is a new standard work.
Wine lover Ferd. Peters first published a book on corkscrews in 1996. He isa member of many international corkscrew collectors clubs, including the International Correspondence of Corkscrew Addicts, which enable him to exçhange know!edge and expetience. He and his wife Mariet wete formerly antique dealers who had already started collecting in the 1970s..
Protection by Iaw in Germany
There are four kinds of protection by la in Germany
A patent is granted for a technical invention that is new, a sufficient impmvement, and commerciaL From 1877 onwards, patents were granted for fifteen years and from 1936 onwards for eighteen years in the Gemian Empire. At the moment patents are granted for twenty years.
A registered design (Gebrauchsmuster) is granted for various technical inventions with the exception of a production process. For this limited protection, a less significant technical improvement is required than for a patent. A registered design was granted from 1891 onwards for three years and today for ten years.
A design patent (Geschmacksmuster) is granted for the appearance, the aesthetics, ratherthanforthe function. The pmtection lasts according to the new Geschmacksmuster Iaw twenty-five years.
With a trademark, one can pmtect his logos, words, and color combinations to distinguish his goods or services from his competitors. The protection lasts ten years.
S'identifier pour envoyer des commentaires.