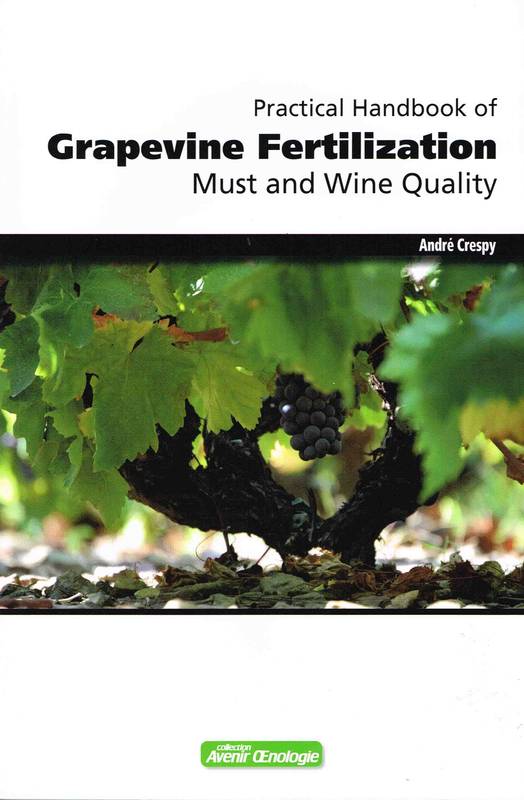 Practical handbook of Grapevine Fertilization, Must and Wine Quality (Anglais/English)

Practical handbook of Grapevine Fertilization, Must and Wine Quality (Anglais/English)

In olden times, grape growers did not talk about their property (or their neighbours') in terms of hectares or acres, as they do today, but rather in terms of the number of vines. My grandfather tended to 14.000 vines. Later, my father brought the total to 30.000 vines through purchases and exchanges.
Why did they count this way ? Because winter pruning was the grower's most difficult and time-consuming work of the year. Much importance was accorded to good pruning (rightly so), and good vine appearance was often prized beyond all reason. Above all, pruners were judged, often severely, by their technique. How many times have I heard : "this guy prunes well. That guy prunes like a pig !"
As new vineyards have been developed, new varieties adopted and complex trellising systems installed, growers have had to relearn how to prune, particularly since time is now of the essence and since the prohibition of some winter treatments (sodium arsenite and DNOC) leaves little room for aesthetic concerns. This book is meant as a practical guide, and it does not contain lengthy discussions about theoritical developments in the pruning field. Instead, it explains how to prune well, whether this involves canes, spurs or arms, without leaving large pruning wounds.
Using many drawings and photos, the book illustrates the various pruning systems : goblet pruning, Royat cordon pruning and various Guyot cane pruning systems (single, double, etc...). The book is meant to be accessible for everyone, including beginners and professionnals who want to learn more about pruning.
Finally, a chapter is devoted to grapevine diseases, how to recognize them and how to protect pruning wounds.
Good pruning to all !
ED: Revue des Œnologues (11/2008), 16x24 cm, 158 pages, paperback
S'identifier pour envoyer des commentaires.